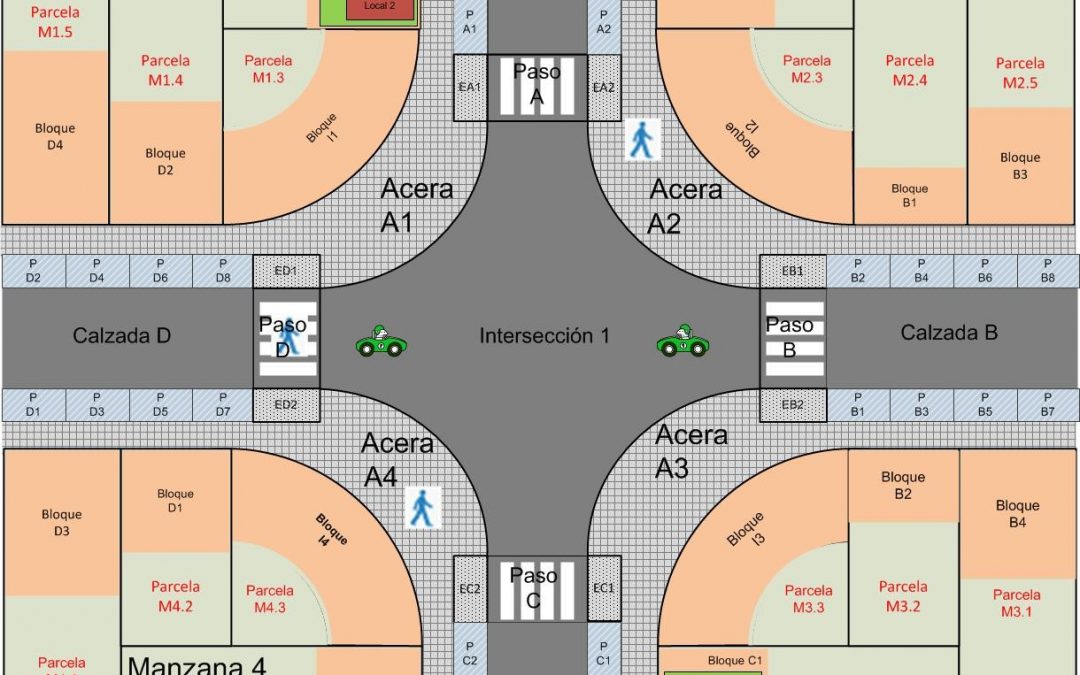 According to one of my previous post (Collaborative City), the real change on how we interact with the city will come when we will be able to establish a dialog with it or its parts. The city will have become then a sensitive entity being able of taking decisions, performing and communicating, due to an intelligence distribution and calculation capacity process among all its components.

We call urban Component every element in the city taking own space up, regardless of the fact it is static, moving, material or non-material. A space attached to the Component by virtue of a legal, administrative or functional assignment, in an explicit or public manner.

As an example we will take one Public Space –the road is a link for public use. All the space in a public urban road is not legally differentiated, it is usually on the Urban Property Registry, showing partially and fragmented in multiple pieces, as they have been added to the public urban property throughout time.

Public space legal structure is not thus essential information, except for demonstrating it is actually a public property.  This continuous and even space is so vast that it is unusable, the urban administrator needs to break it up under geo-administrative and political criteria –“public road stretches” are assigned a type (avenue, walk, street, alley…)–, a name and a size, intending that all important figures will enjoy their own “fame corner”, and should all of them be satisfied, imagination or historical toponymy will be applied.

So far, we can come to the conclusion that usual public space fragmentation is not based on functional criteria; its type would even show a few data on its functional configuration.

From a strictly functional overview, public space is actually divided in six types of areas:

All areas on the public space are distributed by these six types, making a patchwork, a puzzle from different pieces filling it up:

Isolating every piece and assigning its own particular area to it will let us get Urban Components. Let’s suppose all of them, every piece of road, pavement or intersection, along with all the magic of technology, is provided with special capacities:

All this is made because the entrance is an intelligent agent, working in the cloud and connected to its sensory system and its neighbors, vehicles and pedestrians through the Internet. As an intelligent agent, it actively participates in creating traffic flow optimization strategies in neighborhood committees and district assemblies. Well, it is a very busy entrance!

Madrid has lots of millions of urban components, which might become intelligent parts in the city one day —who knows!—, a kind of special “citizens”. We are committed to solve minor problems and generate an emerging performance, a “city behavior” possessing a particular character: the conscious city.

On other posts, we will describe how many urban component types exist in the city, how they react and how they can be seen thanks to Location Services.