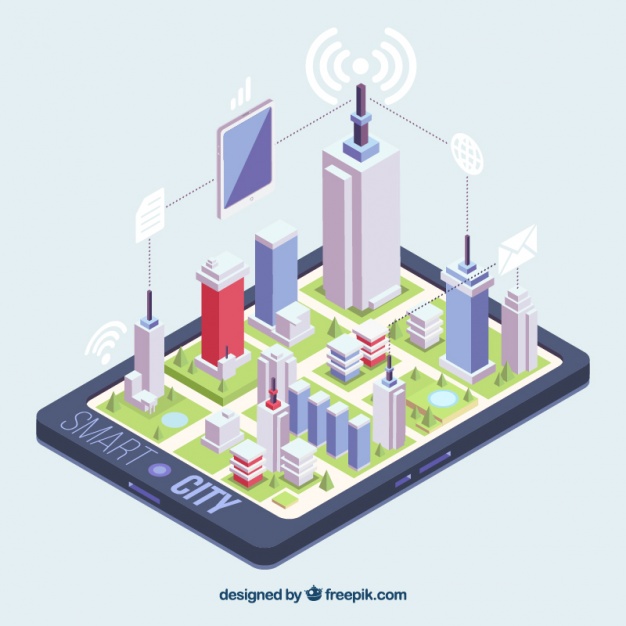 A few years ago, when there was no way of getting the position of an object on the terrestrial space except with leveling instruments, a geodesic network or and numerous surveys, maps were valuable data, incredibly expensive, been updated after years or decades.

When army aerial photography became an affordable commercial product, that situation changed and an army of land surveyors armed with chains and levels was not needed to be sent any more, but they would rather paint –and still painting excellent maps by a plotter in their office, tracing every visible object on the pictures.

However, flying, making pictures and manually retracing all color and height changes in every picture, and identifying every visible object are not cheap. It is difficult, some clouds, shadows, big trees or soaring slopes may not make it easy. High amounts of money have been spent in trying to automate map production from aerial aircraft or satellite pictures by automatically comparing pictures using sophisticated algorithms… It is clear the result is nothing to shout about. We are still a long way off a map to be automatically made out of a couple of stereotypical pictures.

Assuming it will be useful in the future –as some technical experts do currently rather consider the ortophoto projected on 3-D Lidar model, instead of an interpreted map –LIDAR model is built by a laser radar on an aircraft getting a tridimensional image of the terrain by making millions of field measurements through terrain probes.

Indeed, there are GPS, letting you know the position of an object through a mechanism that used to be luggage-sized with a dish antenna and it is now used in automotive navigation systems, doing sophisticated calculations on routes from street and road maps. They have been finally integrated in all cells and cameras and they can also receive maps through 3G connections from worldwide geographical servers. Amazing, right?

The navigation systems and the navigation system-integrated cells have certainly had a great success, although it also means our navigation systems informs a data provider of its position, i.e. our position, by GPS or triangulation with neighboring telephone antennas (NBL Network Based Location.) That provider can also inform third parties of that information. Well, the system the provider uses in order to know the position of mobile devices is called Location Based Services (LBS).

LBS is composed of two parts –one receiving position on each device, stored in a continuously update database and another part processing user requirements, aimed at reaching one or some devices. All the new capabilities in order to find friends or businesses providing services near you are supported by Location Services.

It is worth reading Wikipedia article on them: http://en.wikipedia.org/wiki/Location-based_service or on http://lbspro.com/?q=que-son-servicios-localizacion-LBS (in Spanish)

In my opinion, their essential point is making maps dynamic, i.e. a map will not just contain static objects arising from periodical shots by remote sensors, but they inform about dynamic elements whose position is constantly changing. Indeed, understanding TomTom services is interesting http://www.tomtom.com/en_us/maps/tomtom-maps/, as well as Google’s http://google-latlong.blogspot.com.es/2011/07/live-traffic-information-for-13.html

On that basis, a high number of solutions spread out:

On upcoming posts, we will start thinking about how to take advantage of LBS, but also how to avoid LBS!